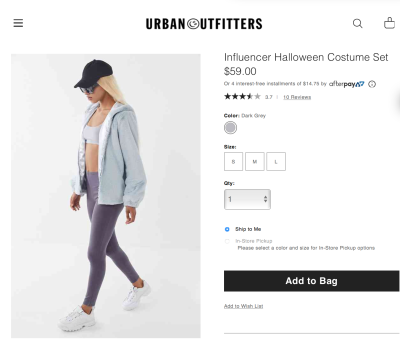 These bloggers aren’t being paid for nothing. Done effectively, marketers can capitalize on the influencers reach, contextual credibility, and salesmanship to influence the perception of a brand or product by his or her followers. In a time when consumers are trusting people over brands, word of mouth marketing, peer recommendations, and online reviews are trusted by 84% of shoppers.

Johnson & Johnson is practicing an interesting application of this trend. They arguably are big enough to have the budget to afford higher profile influencers, but have gone the opposite direction with microinfluencers. Pictured in the ad below is Dillon Eisman, who runs a nonprofit for homeless teens in Southern California. He has 1,471 Instagram followers. However, his video ad has over 3.2 million views. According to Johnson & Johnson, microinfluencer efforts are directly responsible for a 19% rise in sales of Clear & Clear.

Johnson & Johnson believe that microinfluencers are seen as more authentic, and are more likely to resonate with their peers, especially since the traditional macroinfluencer arena may be hitting a bubble as people start to view influencers in the same light as the brands the distrusted in the first place. J&J opted for “trying influencers who weren’t famous per se but are doing things that other kids responded to authentically, letting them tell their story and building the products and brands from there.”

They could be on the right track. According to influencer.co’s Influencer Rate and Engagement Report, companies can get their biggest bang for their buck with microinfluencers. As seen in the graph below, there is a break in the linear trend of cost per post in influencers with 5k-10k followers. Additionally, that same follower count bracket still maintains an engagement rate of almost 5%. It’s important for brands to consider engagement rates; they can’t simply throw money at a blogger and expect sales to soar – the product and message has to land with the audience. 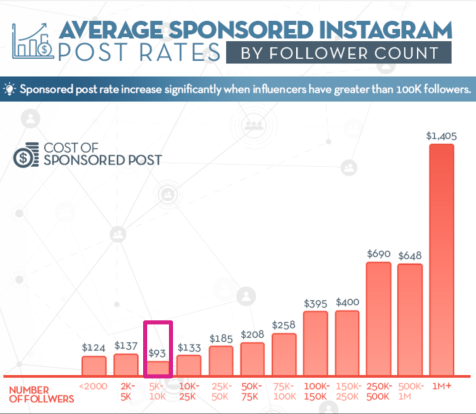 So if you’re looking for a side hustle, don’t count influencer marketing out. What you thought was a paltry follower count might instead mean you’re “authentic.”