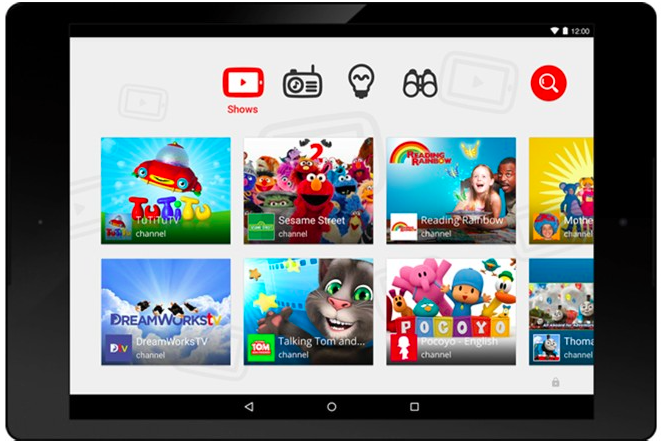 An interesting article in The Drum recently published that Google is launching its YouTube Kids Android app on Monday, February 23rd. The free app is marketed to children through its approved content and kid-friendly interface, which includes larger icons, minimal text, and voice recognition to appeal to YouTube’s youngest users who have yet to master typing. To help appeal to parents, the platform includes features including safe, kid-appropriate content and the ability for parents to limit the time their children spend on the app by use of a timed, automatic shut-off feature. Overall, YouTube Kids seems to understand the marketing wisdom in designing a product with features that appeal to the concerns and sensibilities of both groups.

YouTube Kids was created from the input of in-house engineers, several third-party testers, and tests with kids and parents inside Google. Backing this initiative is the fact that YouTube reports growth of nearly 200% in family entertainment over the past year as compared to 50% growth in overall YouTube viewership.

In addition to its content, YouTube Kids differs from YouTube in that users cannot upload original content or comment on videos, making it easier for YouTube Kids to control what viewers are exposed to and prevent kids from seeing profanity. Finally, YouTube Kids does not allow children to search for explicit words. For instance, if someone enters “sex” into the search bar, YouTube Kids will respond with “try searching for something else.” These features mark a vast improvement over YouTube’s existing “safety mode,” which many children are able to sidestep to the dismay of their parents.

Sources vary on whether or not YouTube will generate revenue from ads specifically targeted to children. Some such as The Wall Street Journal state that YouTube is still debating the possibility, while others such as CNN Money claim that it will, in fact, advertise to children. Alternatively, YouTube Kids could adopt a subscription-based model for additional services and content.

Either way, the new app must comply with the Children’s Online Privacy Protection Act (COPPA), which limits online tracking of anyone under 13 and mandates that parents be notified if personal information on their child is collected. For these reasons, the app does not require people to log on. Without the ability to collect information on its viewers via a logon user, YouTube Kids cannot offer advertisers as precise of targeting capabilities, which makes its ads less attractive to those advertisers. However, it would be more difficult to get parents to allow their children to use the app if they knew that their children were having their data collected, which YouTube would have to report to them in accordance with COPPA. This seems to reinforce the need for the platform to have value as a brand builder and/or a direct revenue creator via a subscription-based model.

The launch of YouTube Kids follows last month’s release of Twitter’s Vine Kids—Vine’s kid-friendly version of its app, which The Drum refers to as “the gateway drug for Twitter and Vine.” Both Vine Kids and YouTube kids are meant to create loyal consumers at a younger age than the companies’ traditional platforms allow. This will likely create value as these consumers mature. For instance, as YouTube Kids users turns old enough to “graduate” to YouTube, they may be more inclined to make Gmail accounts and create their own YouTube channels, in turn driving viewership.

From a marketing management perspective here are some questions to consider: