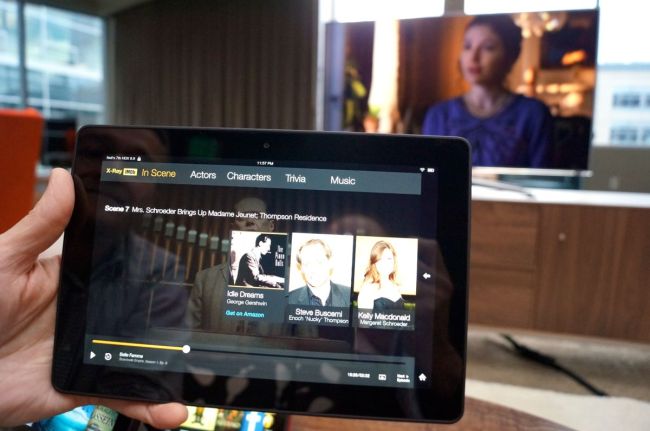 There exists today no shortage of marketing initiatives crafted to exploit new technology. Where can consumers be reached and how can we deepen levels of engagement once we find them? The consensus is that rapidly developing social media platforms and mobile communications will eventually bear significant fruit. But in today’s marketplace, that hypothesis is as yet unproven.

This is a general statement, yes, and there is evidence coming in for specific channels and specific campaigns. And that is what is so exciting – the potential tipping point that may fundamentally change everything about our business!

The “second screen” revolution is no exception. Take a popular reality show like “American Idol.” A recent article from “Tech Crunch” highlights how important capturing “second screen” users is to the Googles and Facebooks of the world (and by extension, companies looking to advertise on such platforms!). A viewer can vote in real time for his or her favorite performers of the night by directly engaging with Google’s platform. Online discussions can pop up surrounding the last performance, predictions on who will win, and what the judges are wearing! (hey, we aren’t cherry-picking the conversations, just reporting it as we read it!) Can you see the potential for an advertiser? No reason to just rely on a 30-second TV spot – if a marketing manager can put an ad online in front of the users during the broadcast, he or she might get 45 minutes of exposure! Not a bad return, right?

Some questions remain however. As recently shared with us by a network director of digital media, while this exposure might be great, this accounts for 1 hour (maybe 2, in the case of “Idol”) of programming in a week. That’s a lot of untapped potential. Additionally, where are these “second screen” users coming from? Put another way, what did they watch just before tuning in to “Idol?” Where will they go when the show is over? Until such measures can be fully developed, companies must rely on having teams in place at a moment’s notice to capture these communities when they generate.

Whew. Sounds exhausting, right? That is truly the thing we marvel at. So many people we talk to both in and out of the marketing world have a perception that social media offers this incredibly low risk, high reward promise. It doesn’t cost a lot (comparatively) and if you gain traction, the return is unbelievable. Our response? Think of the man hours it takes, the focus and dedication, the commitment of a company and its employees to constantly monitor all social media channels to engage consumers at just the right moment. There’s a party going on and you need to arrive at that perfect moment when everyone acknowledges you just walked in the door. Cliff from “Cheers,” anyone?

Here is a few links out to some great articles about “Second Screen” usage and development. We hope you find some fascinating points for discussion.

Target Turns TV Viewership Into a Shoppable Experience on Second-Screen

How The Second Screen Will Finally Come Of Age