April Fool’s Day may be a relatively minor holiday, but it presents a big opportunity to companies looking for unique ways to promote themselves. This April Fool’s day, many corporations announced mock products (such as Burger King’s left-handed whopper) and/or made fake commercials in order to gain brand recognition and publicity. 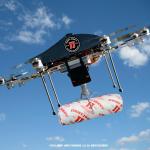 Other common themes involved pets, such as Hulu Pets, 3MillionDogs’ “poofume for dogs,” and Groupon UK’s offer to learn dog barking as a language.

Products that help people take pictures of themselves (“selfies”) also proved to be popular. Petco announced a bark-and-meow-activated selfie stick for pets. Miz Mooz designed a shoe that holds an iPhone at its toe, allowing the wearer to kick her leg up and take a selfie. Furthermore, Honda launched a commercial for its 2016 HR-V Selfie Edition featuring 10 different cameras (shown below).

However, some companies took April Fool’s Day to a whole new level. Lowe’s produced an infomercial for a glow-in-the-dark cat hat, but didn’t stop there. It also produced a real TV spot and actually manufactured the product, offering it to the first 2,250 people who wanted one.

A few day’s before April Fool’s Day, Groupon published a Facebook post promoting 600 three-piece sets of the Banana Bunker—a plastic container meant to protect a banana. The company sought to engage its fans and make the post go viral (although the Banana Bunkers sold out before it did). Indeed, this was Groupon’s most popular Facebook post ever, with over 20,000 likes and almost 45,000 shares. Many users commented on the product’s appearance with sexual innuendos, and Groupon responded to the comments with clever, witty responses that have gained just as much attention as the product itself.

One user asked, “Is it okay to caress my banana bunker?” to which a Groupon employee replied, “Human contact is always a great way to show someone or something how much you care! Hold it dear, and let it know that you’re proud of its snack fruit protection.”

Groupon reports that its social media team was prepared to respond to every comment; however, the post elicited 12,000 comments, and Groupon was only able to reply to about 150-200, indicating that it far underestimated the post’s impact. One lesson that Groupon learned from this process was that is should have offered more than 600 Banana Bunkers: Bill Roberts, Head of Global Communications for Groupon, told AdWeek, “I wish we’d have had thousands. Next time!”

Google had fun with the holiday, as well. It turned GoogleMaps into a Pac-Man platform, allowing users to play Pac-Man using real roads and intersections. 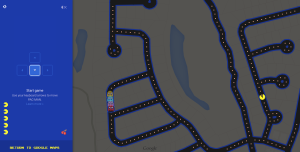 Most of these companies are not expecting increased company sales as a result of their hoaxes. Rather, their intention is to drive brand awareness and hype, taking advantage of social media as a free and effective communication platform.